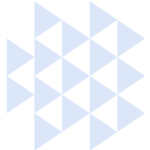 As our health system shifts toward value-based care, engagement from post-acute providers will be critical to the success of value-based reimbursement programs. However, a significant challenge to achieving widespread engagement looms: Post-acute care settings have near-zero adoption of broad interoperability, and the key word here is “broad.” While large post-acute providers have implemented some point-to-point interfaces with health systems, those have been few and far between, very limited in scope, and expensive and cumbersome to maintain. Of course, there has been some activity with health information exchanges spattered throughout the nation, but again, these efforts have typically required substantial financial investment and lots of heavy lifting. This does not make for a particularly extensible model.

Recently, Kno2 executives were invited to meet with several officials from the Office of the National Coordinator for Health Information Technology (ONC), which is the principal federal entity charged with coordination of nationwide efforts to implement and use the most advanced health information technology and the electronic exchange of health information.

During our meeting, we had a lively and informative discussion on the current state of interoperability in the post-acute industry. We were pleased to learn that the ONC places a high priority on achieving broad interoperability in post-acute, and that it will remain an area of focus going forward. For example, the ONC recently proposed a measurement framework for interoperability standards that was met with support from industry groups such as the American Medical Informatics Association and Health IT Now.

But what do I mean by broad interoperability?

Exactly that — the ability to securely exchange interoperable patient information on demand with any provider, located anywhere, with any system that has been vetted and considered a trusted participant.

So, while mainstream healthcare has made huge strides in the area of interoperability, why hasn’t post-acute? As always, there are lots of reasons and opinions, but in the end, it comes down to supply and demand. In the post-acute world, there has been virtually no demand for interoperability – none from the government, none from payers, and very little from health systems and others. Thus, with no one demanding interoperability of post-acute providers, the providers themselves have not been seeking it from their EMR vendors. Now, some may argue that developing solutions with broad interoperability is the responsibility of EMR vendors, but it’s not quite that simple. Ultimately, the responsibility of an EMR vendor is to provide a solution that meets the demands of its customers, while also operating under a viable economic model that enables it to stay in business — especially in a market that runs on razor-thin margins and will only pay for “just-in-time” solutions. Unlike mainstream healthcare, post-acute doesn’t have the financial luxury to test things out and simply write them off if they don’t work.

As payers and providers evolve toward new payment models, the post-acute industry finds itself in an interesting spot. Although reported industry numbers point higher, complete EMR adoption in the post-acute space is actually very low. Many post-acute providers have implemented modules or components of an EMR system, but still maintain paper charts. In some respects, the situation today across the acute-care spectrum is similar to mainstream healthcare prior to Meaningful Use. However, unlike hospitals and physicians, post-acute providers must now not only implement EMRs, but they must also do so at the same time that they are confronted with the demand for interoperability. Challenging times, to be sure.

We are hopeful that the ONC will be able to apply the appropriate amount of pressure on all of healthcare to push interoperability forward in the post-acute space, but the ONC can’t do it alone. It’s going to require the engagement and leadership of health systems, along with the participation of EMR vendors from all sides, to create the right set of variables to break through the historical interoperability inertia. Although its funding may decline, I am hopeful that the ONC can still assist the post-acute industry in creating change and acquiring the commitment to advance interoperability. Best of all, the ONC has already been through this once, meaning that the post-acute industry is likely to receive the benefit of lessons learned and best practices. It’s going to be a long road, but our recent interaction with the ONC has inspired cautious optimism. The Kno2 network enables the secure, effortless, and maximized exchange of patient information across patients, providers, payers and IT vendors.